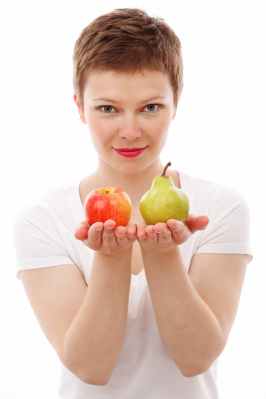 One of the biggest mistakes I see victims of narcissistic abuse make is to feel sorry for their abusers because their abuser is “mentally ill.” This is wrong. Narcissism is not the same as mental illness. While someone with a mental illness might inadvertently cause chaos around them due to their mental state, most of them sincerely don’t mean to hurt others. Many mentally ill people struggle with shame caused by their desire to be there for loved ones when their mental illness prevents them from doing so. It’s important to understand that a narcissist does not feel this way. A narcissist willfully chooses to harm others. They are in control of their behavior, as evidenced when they put on the charm to manipulate people into thinking well of them. When they act in an abusive way, they choose to do so on purpose.

Narcissists, psychopaths, sociopaths, and those who make up the cluster B personality disorders are notoriously responsible for the bulk of physical, psychological, and sexual abuses that exist in the world. Cluster A and C disorders can be potentially be dangerous for the person who has it, but thankfully not considered dangerous to others. What makes cluster B different is a lack of empathy. Through overt or covert means, they deliberately seek to harm. Not only do they not care about those they hurt, many of them get some form of pleasure or release out of it.

Personality disorders are different from mental illnesses, yet many people who are untrained in the distinctions often use the terms interchangeably. This can lead to grave problems for those who interact with cluster B. Narcissists and psychopaths are not “sick,” and therefore will not get better. Cluster Bs do not see anything wrong with themselves, and therefore rarely ever seek treatment. It is highly unlikely that they will put themselves in a position to be diagnosed in the first place. Because of their inclination to harm others, and their resistance to self-reflection, it is often their victims who seek treatment.

Victims of cluster B personalities often develop PTSD or complex PTSD. Due to their exposure to traumatic situations caused by narcissists and sociopaths, they are at risk for developing personality disorders themselves. Other mood disorders, such as depression and anxiety, are common. Their exposure to the toxic, erratic, abusive lifestyle that revolves around a cluster B also puts them at high risk for autoimmune disorders and other physical health issues. Self-esteem shattered, they struggle to find their own identities apart from their abusers. They are often trauma-bonded to their abusers, making it extremely difficult to cut ties with them. Although it is possible to heal from trauma caused by an abuser, it can be a long, slow, painful process. The body needs to release emotional trauma that is physically stored, and new neural pathways need to be created in the brain.

While it is important to understand the underlying factors and influences that shaped an abuser, survivors of narcissistic abuse should never excuse the bad behavior. Oftentimes, a cluster B will minimize and deflect responsibility for their actions by saying, “I didn’t mean to hurt you,” when, yeah, they actually did. Sometimes an abuser will appear momentarily repentant, and even fess up to their own bad behavior as a manipulation tactic to keep the abused from leaving. This is only for them to keep their supply going. The only effective solution to is to let go of any desire that an abuser will change, and to get as far away as possible. Only then does a survivor of this form of abuse have an opportunity to save herself and heal.

Awareness, empathy, and compassion for those who struggle with mental illness is a good and important step for our collective humanity. Just save it for those who really, truly, actually don’t mean to hurt you.

2 thoughts on “Abuse is not an Illness, It’s a Choice”