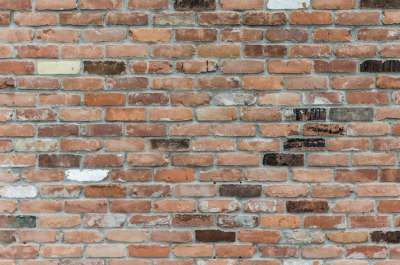 Wouldn’t it be nice if we all lived in harmony? Wouldn’t it be great if everyone respected one another as human beings? Wouldn’t it be wonderful if every interaction with others stirred up feelings of warmth and connectedness instead of fear and dread? But alas, some people suck.

I used to think it was my own failure. As someone who was trained from an early age to take on the responsibility of my abusers, I accepted their lie that it was my fault that we didn’t get along. I thought there was something wrong with me that they behaved the way they did. If I was really a kind, peace-loving person, I would be able to handle them with all the love and concern they demanded, but never reciprocated. Worse still, was when my parents got religious. It was then my obligation as their daughter to “obey” them and turn the other cheek, no matter what. No matter what.

It’s no wonder I had to learn about boundaries as an adult. My parents never respected even the most basic ones of mine. Then they made it my fault when their lack of boundaries caused problems. If I created a boundary, they would double down to destroy it. When I was 12 and at an age where privacy should have been more respected, I started closing my bedroom door more often. My father took my bedroom door off the hinges, and my mother demanded to look at my developing body. Nice, huh? The driving message from my parents my entire life has been that my personhood does not matter, and that my basic feelings and needs do not deserve respect.

My parents are very, very angry with me because I now have boundaries. I mean, how dare I not allow them to abuse me any more? How inconsiderate of me. Going no contact was the best, healthiest, and most life-giving thing I ever did. And yet, letting go of guilt for the lack of boundaries of others has been a lifelong process.

I still struggle with feeling guilty when a relationship goes awry. Even when I did everything I could, aside from allowing myself to be abused, I feel the pang of responsibility for the brokenness. As someone who was raised by narcissists, I tended to attract people in my life who knew how to exploit me. Usually, they were older than me and had some sort of authority over me. Or at least, they thought they did. They were quick to pull me in to their way of doing things, which usually translated to me doing all the work and them taking all the credit.

As part of the deeper healing I’ve been doing the last couple years, I had to let go of anyone and everyone in my life who failed to respect my boundaries. I’ve had to root out any relationship where others didn’t take responsibility for their own actions and behaviors. People who fail to respect boundaries are a huge trigger for me. From showing up unannounced, to blame shifting, to failing to respect that my feelings are not their feelings, I have found that any red flag means that that person is not a safe person for me.

Perhaps the biggest lesson in boundaries that I’ve had to learn is to let go of feeling responsible for the outcome. We can’t all live in harmony, not because of my lack of effort, but because some people aren’t pulling their own weight. I respect other people as human beings, but that does not mean I failed because other people choose not to respect me. Warm, connected feelings are earned, not made. And when I feel dread? That’s my beautiful, honorable, God-given gift of discernment. I have chosen to let go of anyone who tries to shame me for their own failure to be a better person.