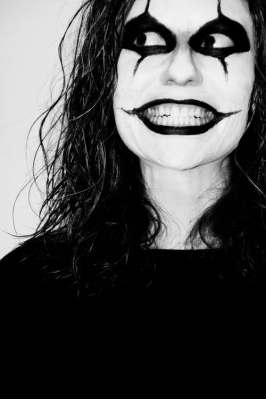 As someone in recovery from narcissistic abuse, it seems like everywhere I go, I see narcissistic people and their abusive tactics. I see the mom furious at her kids because they don’t reflect her own image. I see the asshole boss blame his employees, never himself, for his failing company. I see the self-absorbed friend on social media demanding accolades and pats on the back for every little damn thing. Now that I see the patterns so clearly, I can’t seem to escape it. Is everyone around me a narcissist?

Yes and no. People with full-blown Narcissistic Personality Disorder make up approximately 6% of the population, according to the U.S. National Institutes of Health. It’s likely that number is actually higher, because people with NPD generally don’t believe anything is wrong with them and therefore rarely get formally diagnosed. Even so, with 6% of the population, it’s likely there is a true narcissist within one degree of separation of most people at any given time. Narcissists can be hard to spot, especially if they are covert. They often “love bomb” their victims at first to pull them in, and then eventually wear them down to nothing with their criticisms and insatiable appetite for praise and attention. At the end of the relationship, they devalue and discard their victims, either actively ignoring them, or slander them to anyone who will listen.

Narcissists are the most extreme form of toxic people. The only way to win with a narcissist is to get far, far away from them. But what about the people who behave badly but don’t have a personality disorder?

As someone recovering from abuse, I face a daily dilemma. I was groomed to be very patient with toxic people, giving them way more chances than they deserved. Of course, for an abuser, it’s never enough. They demand a constant supply of “grace” with no intention of ever changing their bad behavior. I used to think that my endless patience was virtuous, but now I see all it really did was enable my abusers. While patience with healthy people is still good and important for relationships, abusers will take any good thing and use it for their sole gain.

So what do I do about people who might not be full-blown NPD, but show toxic red flags? As a survivor of this insidious form of abuse, I need to treat these people as guilty until proven innocent.

It doesn’t matter what their intentions are. It doesn’t matter if I am right or wrong about them. If I perceive that someone is behaving like a narcissist, I need to take extra measures to keep them far away from me.

Perhaps they’re only temporarily acting like a narcissist. Perhaps there is an explanation and a good reason for their selfish behavior that I don’t know about. Perhaps. Wisdom and experience tell me otherwise, but I’m willing to give people the benefit of the doubt. That is, if they can pass my test.

My test is simple and has two parts. The first part is empathy. If I communicate a thought, need, or feeling, does this person have the capacity to empathize with me? If I get a response that is not empathetic, such as turning my situation around to make it about their feelings and perceptions, or telling me how to fix my problem, they failed my toxic person test.

The second part of my test is boundaries. I will communicate a simple boundary, such as calling ahead rather than dropping in to visit, or not disclosing my personal information to others. If someone fails to respect simple boundaries, they have failed my toxic person test.

If I see someone behave poorly in a situation, but they can pass my test, I am willing to confront their behavior in a constructive way. Healthy people welcome honest feedback. If someone fails to pass my test, I usually don’t bother confronting them about their behavior. I already know that what I will get in response is a dust cloud of shame, blame, and fact twisting. As an abuse survivor, I’ve already endured too many confrontations like that. No thanks.

As a survivor, I am learning to trust again, but first, I must determine if someone is worthy of my trust. I already know I have a lot of patience, grace, and forgiveness for those who are good people trying to be better people.  I also know that a toxic person will try to masquerade as a good person in order to get a free pass for their behavior.

What I look for now are happy surprises. If someone can pass my test, and if a confrontation can be resolved in a healthy, respectful way, it’s a major win. There was a time when there wasn’t a single person in my life who could pass my test. Now, there are several, and it is a major encouragement to know that in spite of the narcissists, healthy people are everywhere, too.