I thought I would update you all on my Hate Couch progress. If you haven’t read the background about Hate Couch yet, you can do so here and here. I decided that I would chip away at it, literally, and take my time dismantling it. In the same way I am processing thousands of instances in which I was attacked, demeaned, belittled, oppressed, lied to, manipulated, and silenced, I’ve had multiple opportunities to whack away at it, given whatever has come up. It allows me to focus and connect whatever present situation ignites my anger and link it to original threat.

The thing about processing trauma is that you never know exactly how or in what way it will hit you. I’m currently going through a season where a lot of my pent up, completely justified anger is allowed to surface. Some of it is stuff I have never allowed myself to feel. When a child is traumatized and has no outlet, it does funny things to the brain. The brain locks the trauma away until the child feels “safe” enough to let it out. Some people never get to a place where they feel safe enough to unlock trauma. Instead, it seeps out in other ways, such as anxiety or other health issues.

Unlike other forms of anger release, this is not just about getting angry for the sake of getting angry. I don’t make myself “get into” it, I wait for a time where it has gotten into me. Back when I worked for Deepak Chopra approximately seven million years ago, I took a seminar with Debbie Ford, in which we were guided in letting out our rage. It was a cathartic experience for a short period of time, but it was missing the direct connection to early trauma. I felt a sense of obligation to let my anger out, and tried to work myself into the feeling. A healthy release of anger cannot be contrived. Sometimes anger can be turn into a warped sense of entitlement. Look at how abusers use anger to control others. We don’t need to “make up” any more excuses to be angry, the anger that already resides in us simply needs to be let out when it surfaces. It’s like telling a toddler to pee in the toilet on demand. Won’t happen until he’s good and ready, and whenever that is, it’s never going to be on your schedule.

Sometimes people (like me) were so browbeaten about not ever getting angry, they literally no longer feel that part of themselves anymore. Trust me, it’s there, and it’s fucking them up. Denial that was once used as a coping mechanism will turn into a way of life that cuts them off from real relationships. Some people dissociate from trauma so much they develop split personalities and other psychological disorders. They are also at great risk of psychosis. If someone ever says, gee, they just don’t get very angry, it’s a big fat red flag that they have a pressure cooker of bullshit building up underneath.

Usually the people worried about expressing their anger are the ones who were abused by out of control people. Or perhaps they are still living in an environment where their feelings are not supported or validated. Anger, like sadness, is perceived as a negative emotion and some people will do anything to stay away from it because it is “bad.” Anger is not bad. Anger is a normal reaction to bad things, like injustice.  If not for anger, we would not have action. Anger is motivating. It is an agent of change. It is exactly the kind of tool a survivor of abuse needs in order to break the cycle.

Now that you’ve waited so patiently, here are some visual representations of my anger via Hate Couch: 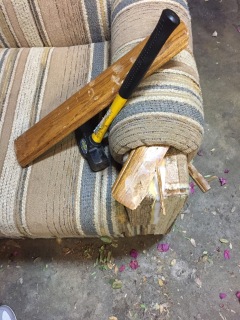 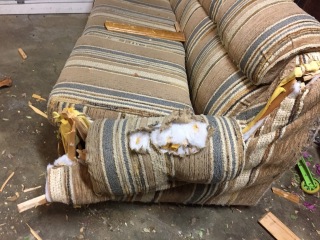 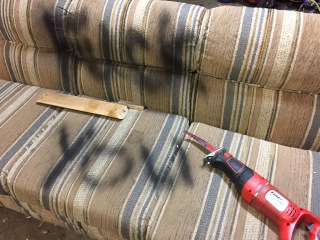