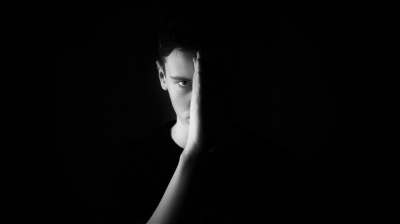 I was in a meeting where a mediator was trying her best to stay impartial to a situation where a large volume of well-documented verbal and emotional abuse had occurred. She was a trained professional, but professionally speaking, she didn’t want to be in a position to take sides on the issue. She offered the worn-out platitude, “Well, there are two sides to every story…” I let it slide the first time she said it, but when she said it again, I stopped her.

Her jaw dropped a moment, then she nodded slowly. She knew I was right, and in this moment, a light went on. The situation she was mediating was not about two people having a disagreement. It was about a serial abuser attacking someone else who had done nothing to provoke the attack. She couldn’t stay impartial. It was her professional and legal duty to take action.

Too often, victims of abuse exhaust all the channels of communication and mediation only to be told that they must have misunderstood their abuser, or maybe they just need to see the other person’s point of view. The problem with telling a victim of abuse that there are two sides to every story is that it implies they did something wrong for the abuser to treat them that way. It’s too often used as a deflection of the hard truth that the abuser did what they did on purpose, with an intent to harm. People tend to give others the benefit of the doubt sometimes because it’s too painful to accept that some people really are monsters.

People who are not educated about narcissists, psychopaths, and other Cluster B personality disorders don’t understand that conflicts that arise from such people are not misunderstandings. There is nothing that can be said or done to mediate, because the abuser lacks empathy.

When someone reacts in an abusive way, there is no excuse. If a normal person says or does something out of line, they will recognize it, feel true remorse, and offer an apology. A normal person is capable of feeling sorry for someone they hurt. A disordered person will never admit fault, and will double down on their abusive behavior. A disordered person will seek to destroy anyone who challenges them. Their lack of empathy means they are only able to see themselves as victims, never any one else.

So, no, there are not always two sides to every story. There is only truth.

4 thoughts on “No, There Are Not Two Sides”