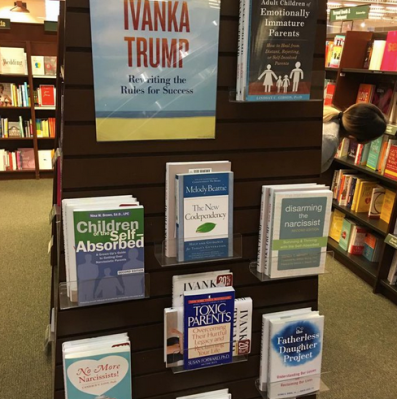 When you’ve already lived through the wrath and destruction of a narcissist, it is really, really hard to watch millions of people fall for one. I am watching a slow motion train wreck and so many loved ones are on that train. Sometimes I have to look away for the sake of my own mental health. But I also know that I can’t look away for long. If I do, I am just as complicit.

But what to do? To try to convince people who don’t have the knowledge or experience of what they are truly dealing with is toxic for a survivor. I know from experience how impossible it is to reason with someone in denial. They will twist things around. They will repeat the lies they are told, even though they don’t make sense. They are committed to protecting the people who are abusing them because it is too difficult and painful to accept the truth. They are accomplices.

The narcissist sucks people in and controls them through their own fear-based thinking. They are loyal to the narcissist because to oppose him means they also have to face their fears. They would have to admit they were wrong. They have to change the way they see the world. They would have to think for themselves. For some, it’s simply too much. They don’t see the role they play in bringing a tyrant into power because it’s so much easier to blame the other guy. Or gal.

For me, the silver lining is that there are also millions of people who see it for what it is. For now, I am focusing on the ones who get it. For me, it’s not about the politics. It’s about the behavior. This is a crisis of humanity, not a spin contest. I will no longer engage with those who excuse the behavior. Instead, I will direct my attention toward supporting those who call it out.